A week after a truly magnificent opening at Tate Britain on Monday 4th November, it's time to round up the press. We couldn't have asked for more:

4* review in The Evening Standard (Ben Luke) and The Times 4* review, which appeared online on Monday (4th) evening. Both the indoor and outdoor exhibitions were discussed on BBC Radio 4 Today Programme on the 14th as ‘thought for the day’. Curator Clarrie Wallis was interviewed for a large feature on artnet (Javier Pes) and further online coverage appears on The Art Newspaper (Louisa Buck), Museums Association and Study International.

BBC London broadcast their 18.30 news bulletin live from inside the Duveen galleries at Tate Britain on the night of the opening. The 30 minute programme included a live interview with Clarrie Wallis, alongside pre-recorded reports from Brenda Emmanus following the final stages of the project coming together, and Wendy Hurrell who visited a participating school in Barking & Dagenham to discuss the future of London. An excerpt from Brenda’s package was also broadcast on the national 6 o’clock news on BBC One and a news story also appears on BBC News online.

The Tate Britain exhibition opened to positive reviews across the papers with a 5* review in the I newspaper (Hettie Judah) and 4*s in The Times (Nancy Durrant), The Daily Telegraph (Serena Davies) on Time Out (Eddy Frankel) and the Londonist (Tabish Kahn). News stories following the correspondent roundtable, also including photographs of Tyssen pupils and Steve, appeared in print in The Daily Telegraph (Anita Singh), The Guardian (Lanre Bakare) and the I newspaper (Adam Sherwin), and online on The Voice. A New Direction CEO Steve Moffitt is interviewed on London Live and Deutschlandfunk Kultur radio, with the latter also including an interview with Nathan Ladd. Further coverage of the Tate Britain exhibition appears on ITV News, Monopoll, Artnet, Artlyst, Ici Londres, Qui Londra, TV5Monde and Artribune. Following AFP and EFE’s coverage of the exhibition, articles are syndicated internationally to France 24, Gulf Today and El Diario among other outlets. 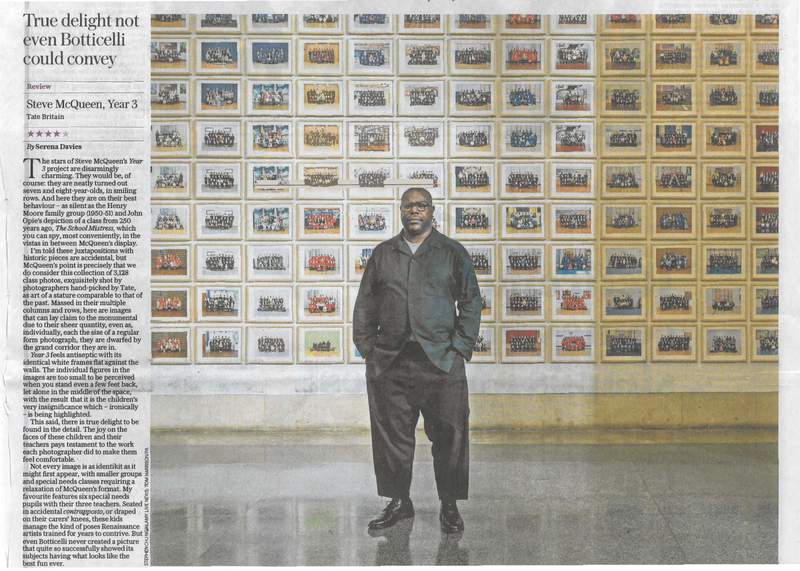 My absolute favourite review so far, in the Telegraph, of all places 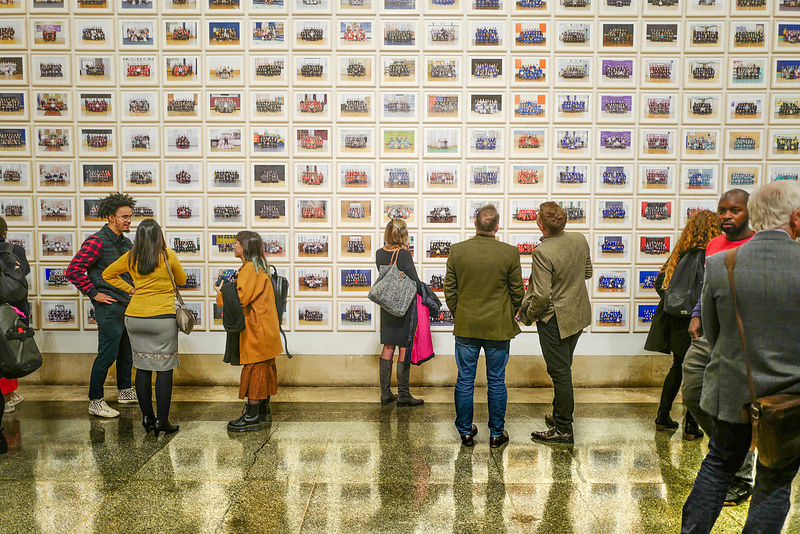 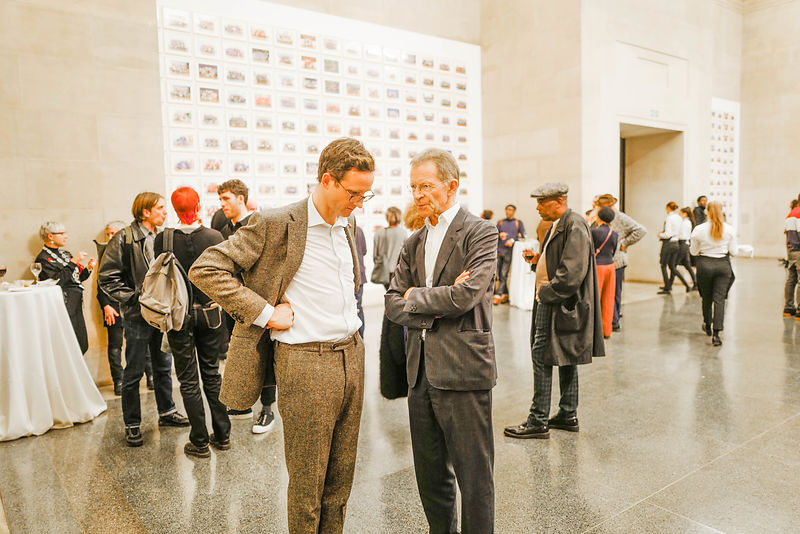 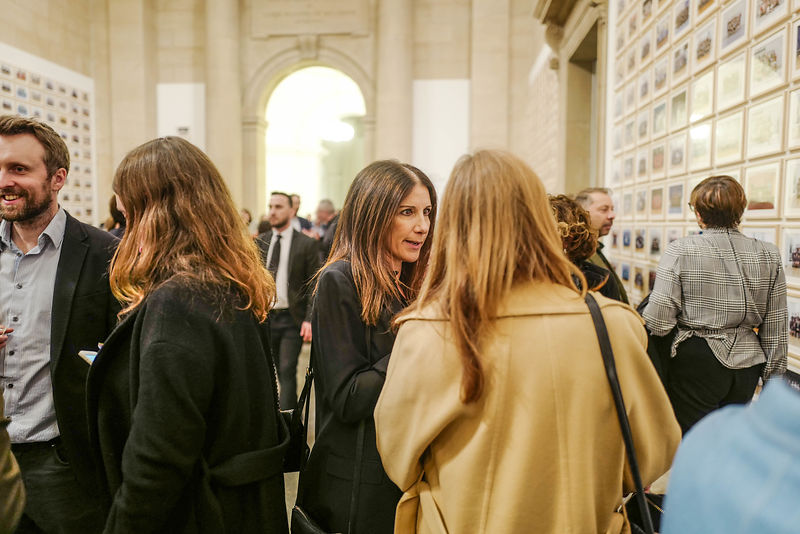 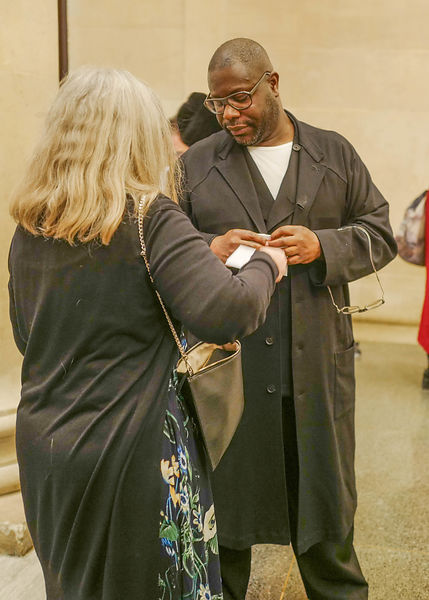 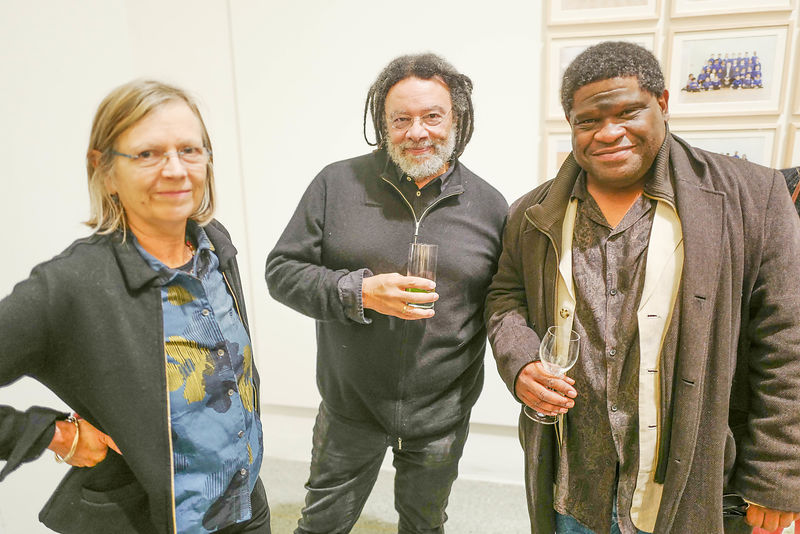 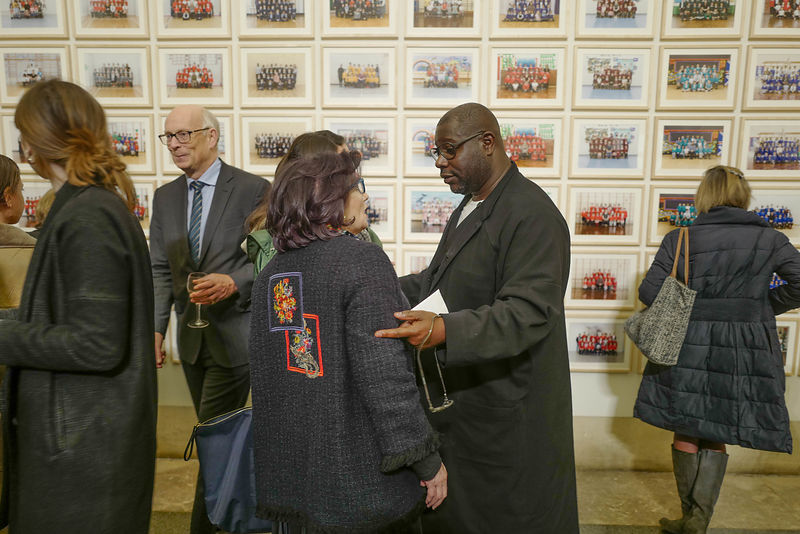 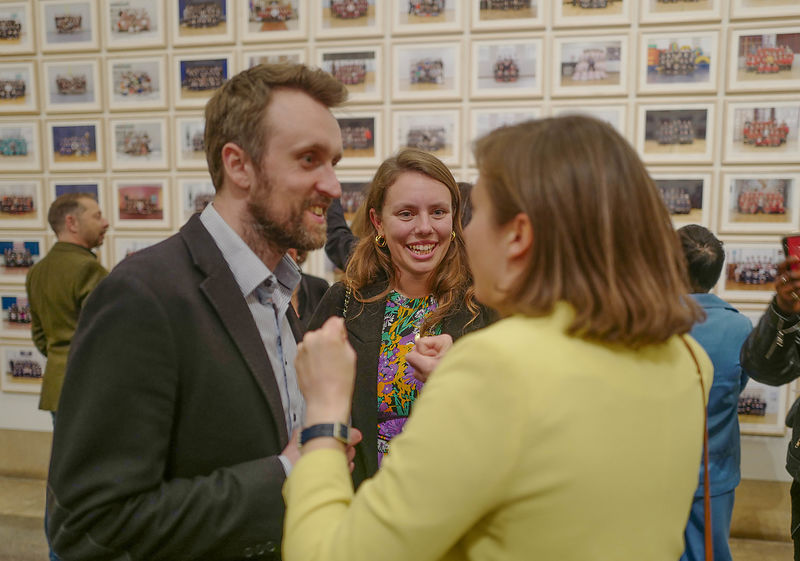 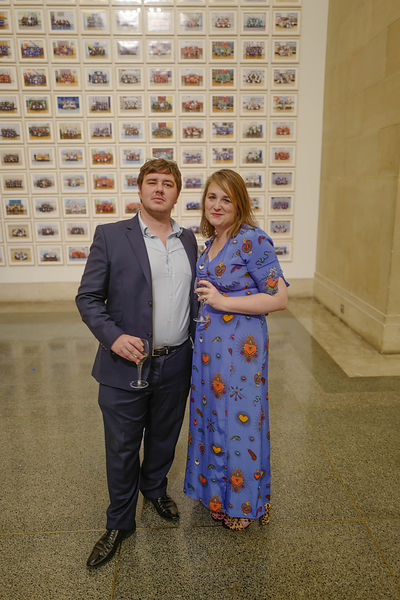 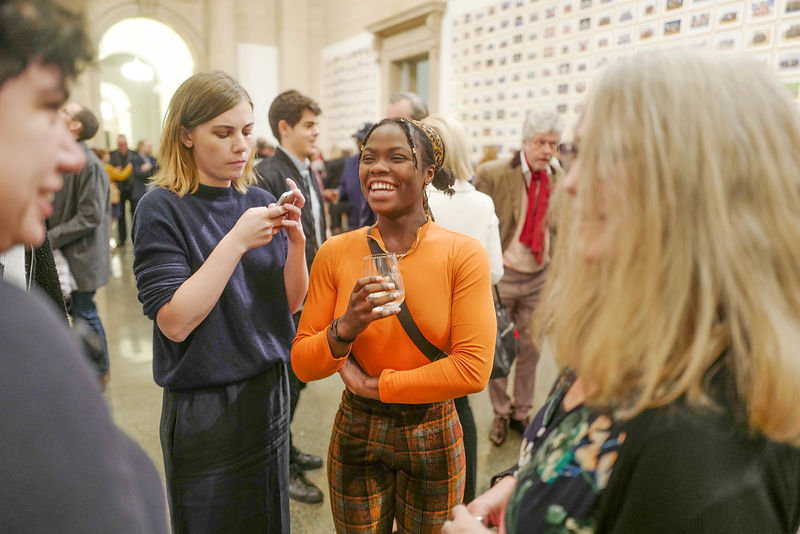 Seyi Adelekun with the Artangel team 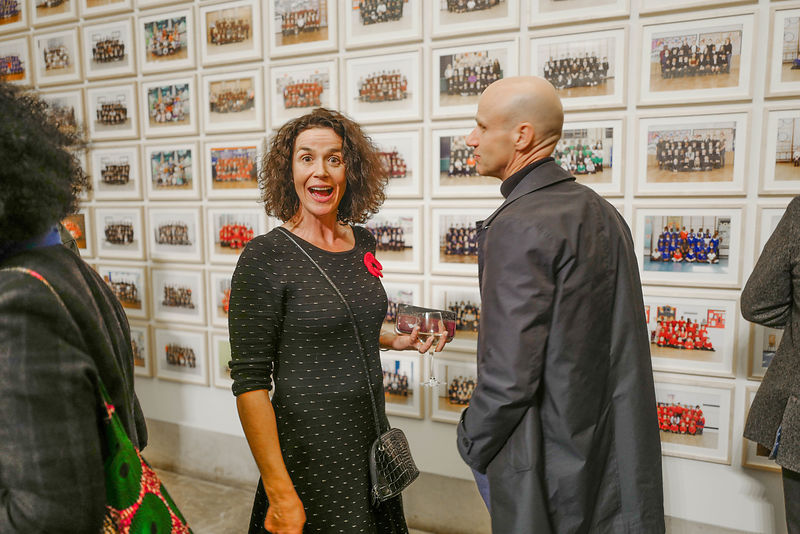 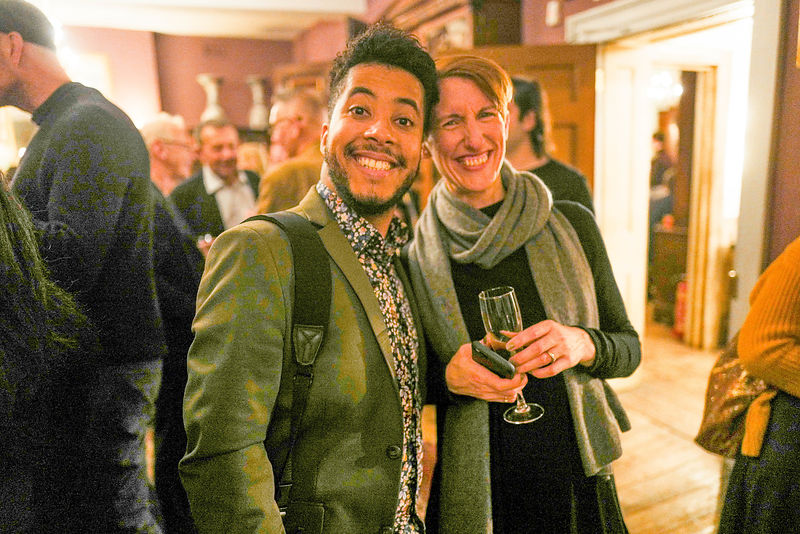 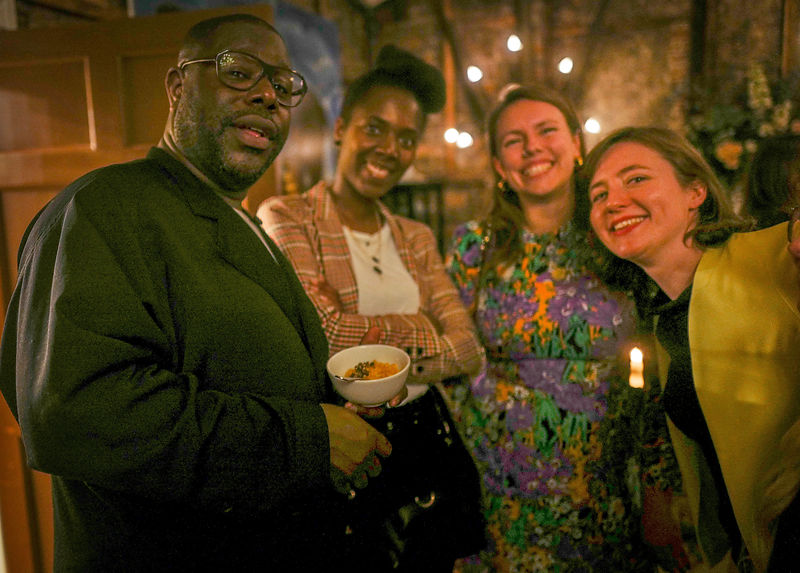 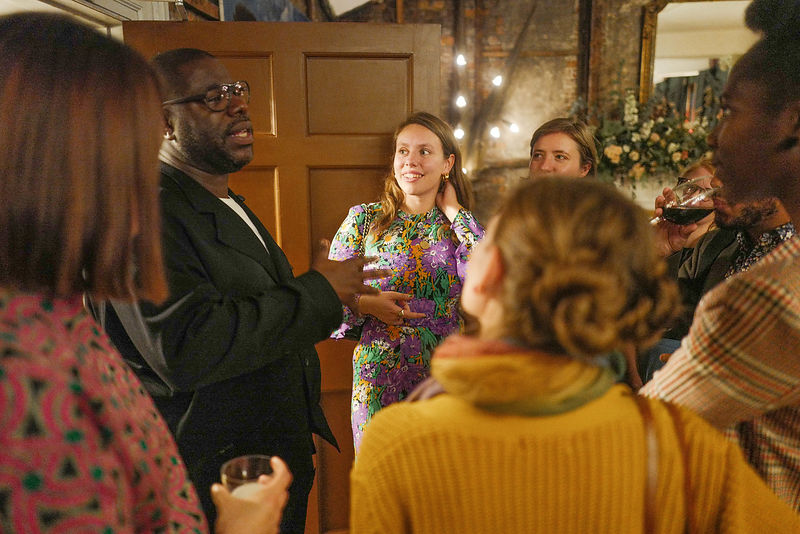 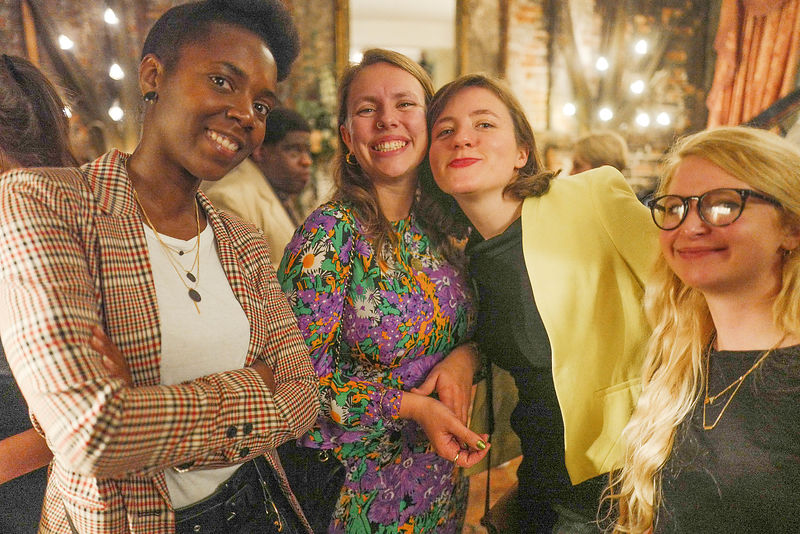 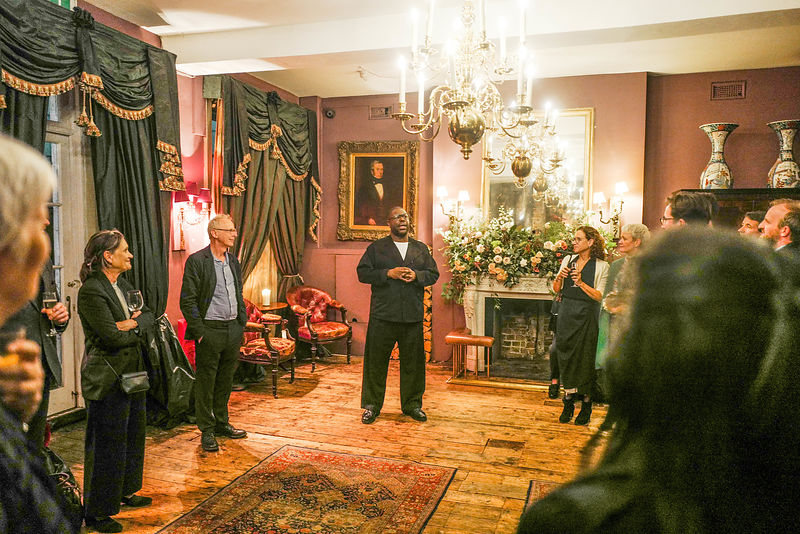 Steve speaks; 'It's all about Us!"
Powered by PhotoDeck