There is a particular image, originally distributed by Reuters, and created by Alissa Eckert and Dan Higgings, which is circulating on the internet. It is easily retrievable on the web by entering its code on Google: # 23312. It was created for the US agency Center for Disease Control (CDC). On January 30th the Italian “Corriere della Sera” presents it with the title: “Coronavirus, the real shape of the 2019-nCoV virus revealed”

The headline is typically sensationalist: since we have revealed its real shape, and we know a little part of it, we have exposed what previously was an invisible enemy. In fact, with a diameter from 20 to 300 nano-meters (one millionth of a millimeter), the particle that currently undermines our lives and modifies our habits remains essentially invisible, unless we have that indispensable electron microscope that not all of us usually have in our toolbox.

However, this image is not a photo, it’s a CGI (Computer Generated Image); a semblance, in short. It’s a digital illustration, and it’s a bit like the images of fairy tales we read when we were kids. We had never seen the Ogre in flesh, but his picture was in the book: having him on a page that could be opened, but also closed, somehow reassured us.

This virus cancels our dates and forces us to stay physically away from each other (although, it’s true, we sing together from the balconies, but it’s not quite the same) but we have an invented image of it, created to comfort our fairytale imagination, and we have also an abstruse abbreviation, a signifier to give it a place in the symbolic order. Is there anything real? Not that nano-metric corpuscle acting as a reference for the image and for the signifier and, even if invisible to the naked eye, it is nevertheless an empirical entity, something that belongs to reality in its interweaving of imaginary and symbolic, the reality we need to orient ourselves in everyday life, but it tells us nothing about the Real that concerns each of us.

We can say that it belongs to the real of science, like the Hertzian waves to which Lacan refers in Seminar XVII and of which no phenomenology of perception has ever given us an idea. The real of psychoanalysis, as we know, is different. How does it affect us in this moment? In the relationship with others and with the world. We can no longer enjoy what sustained the social fabric, and we know that probably this strict lockdown will be prolonged so much that it will be difficult to resume everything as before, as if it were just a bad parenthesis.

Real in our sense, is affected by the effects that the microorganism produces on the rhythm of our lives, in the blade that separates those who live and those who die, in the catastrophe of the world economy.

Let’s say, citing Lacan, that the Real is lawless. This crisis clearly shows this. Something unknown presents itself in the world, which science is not able to dominate (not yet) and disruption appears. The Real emerges in this lack of parameters, of guidelines, which forces administrations to improvise, which makes virologists grope in the dark, which throws medicine into chaos, devoid of safe and proven means to react to the attack.

The plan to dominate the “entity”, which from Parmenides to Einstein was the common thread of Western thought, and which with modern technology has reached its maximum fulfillment, evidently has in itself some insurmountable limits that psychoanalysis has brought to light by means of its practice, and which now appears at the magnifying glass of an entity without an image suitable for our imaginary, with a signifier filled up only with the meaning of our anxieties, and with a reference that vehemently makes its way into a real that it did not contemplate and for which it was not suited to.

We will of course overcome this moment, #andratuttobene (#everythingwillbefine), but when it happens, there will be an important reconfiguration of our way of life mostly as regards politics, whose emerging lines are already visible, in civil society, whose existence asserts itself contrary to what Margaret Thatcher said a few years ago, in the institutions, and in the practice of our clinic, which is already dealing with perspectives that go beyond the new symptoms. 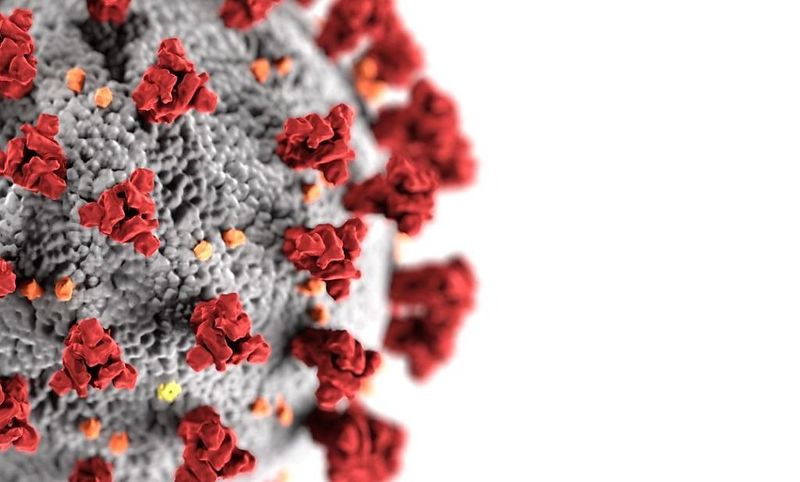