Colonialism, Contagion and the race to vacccinate

This extraordinary photograph opened a fascinating conversation event last week on record here on Colonialism, Contagion and the Race to Vaccinate in which Sophie Fuggle (NTU) talks to Aro Velmet (University of Southern California) about the impact and meaning of disease and vaccination in the French colonies of the early twentieth century.

In the early decades of the twentieth century, bacteriologists working French colonies reimagined both the epidemiology and treatment of colonial tuberculosis. What once was seen as an ancient disease now became a European import. And treatment, which in the metropole was oriented around social hygienist practices, such as education, aeration of housing, handwashing, dispensaries and sanatoria visits, became in the colonies focused on one magic bullet: The BCG vaccine, first developed by the Pasteur Institute in 1924. This reimagining of the French "disease of civilization" had profound political consequences for colonial rule – mobilising colonial administrators to rethink their policies and anti-colonial activists from West Africa and Indochina to push for reform and call into question the fundamental tenets of the French "civilising mission". This talk explores how bacteriological science shaped politics in a globally interconnected empire – from the hospitals of Saigon to colonial exhibitions and anti-colonial protests in 1930s Paris.

Aro Velmet is an Assistant Professor of History at the University of Southern California and a visiting research fellow at the University of Tartu. His book, Pasteur's Empire: Bacteriology and Politics in France, Its Colonies, and the World was published in 2020 by Oxford University Press. He is currently working on the history of mass vaccination programmes in post-war West Africa and on a global history of socialist cybernetics.

Sophie Fuggle is an Associate Professor in Postcolonial Studies and Cultural Heritage at Nottingham Trent University. She is an AHRC Early Career Leadership Fellow (2018 – 2020). Her current research specialises in recent and contemporary continental philosophy, ecocriticism, and representations of incarceration. 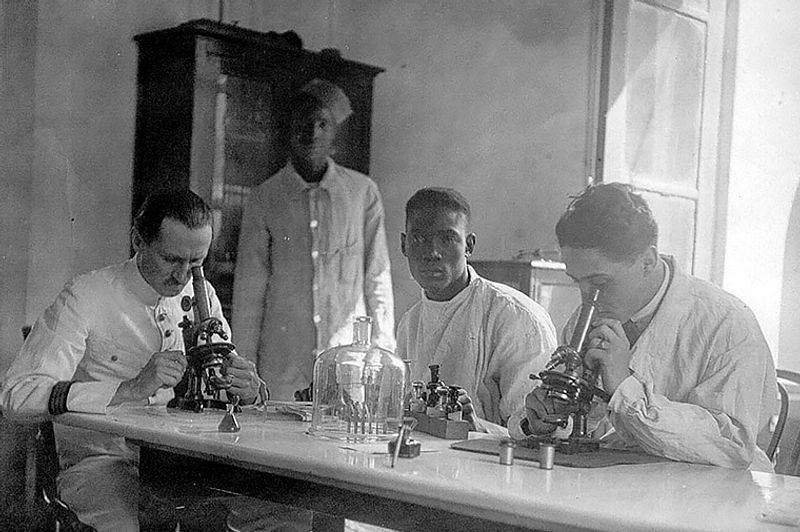